Very early on in the discussion of how this happened, people like Mike Lindell, Sidney Powell, General Michael Flynn, Patrick Byrne and others seized and held attention for months as they focused much of the population’s attention like a laser on the Chinese hacking theory.
All that activity culminated in two embarrassing fiascos:
It may be that instead of relying on electronic manipulation of vote totals by hackers in China or some other foreign venue to steal it for Joe Biden, the Democrats relied on the old tried and true method that has served them so well in the past: good old-fashioned ballot box stuffing.
But the same month that Lindell’s Cyber Symposium ran off the rails, there was another development that received little attention at the time.
It was in late August of last year that the group True The Vote was revealed to have been buying and collecting and sifting through trillions of commercially available cell phone tracking signals as a means of tracking ballot box stuffers [who are commonly referred to as ‘mules’].
The document says that True The Vote has spent the last several months since late last year collecting more than 27 terabytes of geospatial and temporal data—a total of 10 trillion cell phone pings—between Oct. 1 and Nov. 6 in targeted areas in Georgia, Arizona, Michigan, Wisconsin, Pennsylvania, and Texas. The data includes geofenced points of interest like ballot dropbox locations, as well as UPS stores and select government, commercial, and non-governmental organization (NGO) facilities.
“From this we have thus far developed precise patterns of life for 242 suspected ballot traffickers in Georgia and 202 traffickers in Arizona,” True The Vote’s document says. “According to the data, each trafficker went to an average of 23 ballot dropboxes.”
In other words, what the document says is that True The Vote was able to take cell phone ping data on a mass wide scale and piece together that several people—suspected ballot harvesters—were making multiple trips to multiple drop boxes, raising potential legal questions in a number of these states.

This message was sent to you by Robertcoss via Diigo 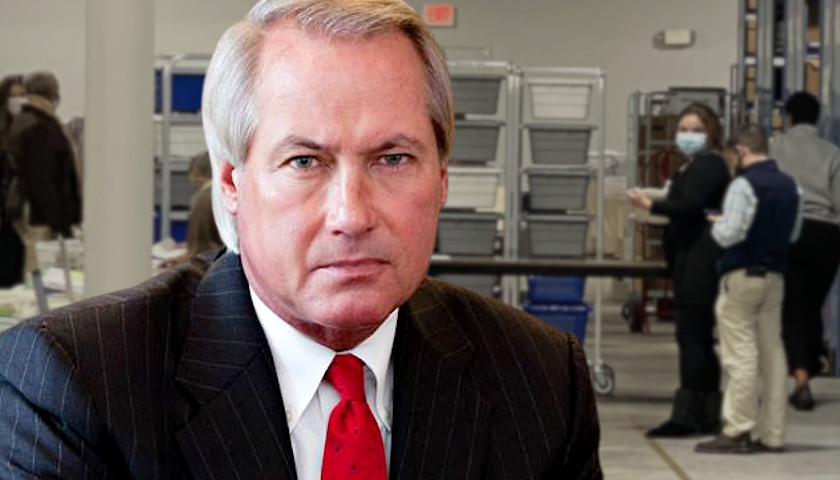 Lin Wood the attorney who represented the Covington students and a figure who has been closely associated with Donald Trump’s legal team, just called for Trump to declare martial law due to the election fraud fiasco.

Michael Flynn joined Wood in this call for martial law.

Wood also held an event with Sidney Powell in Georgia to help draw attention to all the election fraud.

This is hugely significant. Previously, the only people calling for martial law to be declared were people on the fringe like myself. We now have people who are close to Trump calling for the same thing. What this means is that Trump is at least considering this as a potential option.

The fact of the matter is that the system is so horribly corrupt, there is no guarantee that Trump will get relief via the state legislatures or the court system. If he receives no such relief, he should absolutely refuse to leave the White House. He is the rightful winner of the election and should use the military and whatever resources necessary to thwart what is nothing but a fraudulent coup.

Is this the path the President is on? Should we follow to find out?

BOMBSHELL: The 2020 election took place under a Trump-declared “National Emergency” that set an Election Day trap for the “unauthorized accessing of election and campaign infrastructure” – Patriot Daily Press

Sidney gets my vote for Woman of the Year!

What if the States certify suspected fraudulent votes?  She says they will be included in the fraud investigation.

Secure the blessings of liberty to ourselves and our posterity.

My business is to provide you with...

Legalshield Blog | We Are LegalShield

This devotional helps you build a healthy study habit that can change your life.